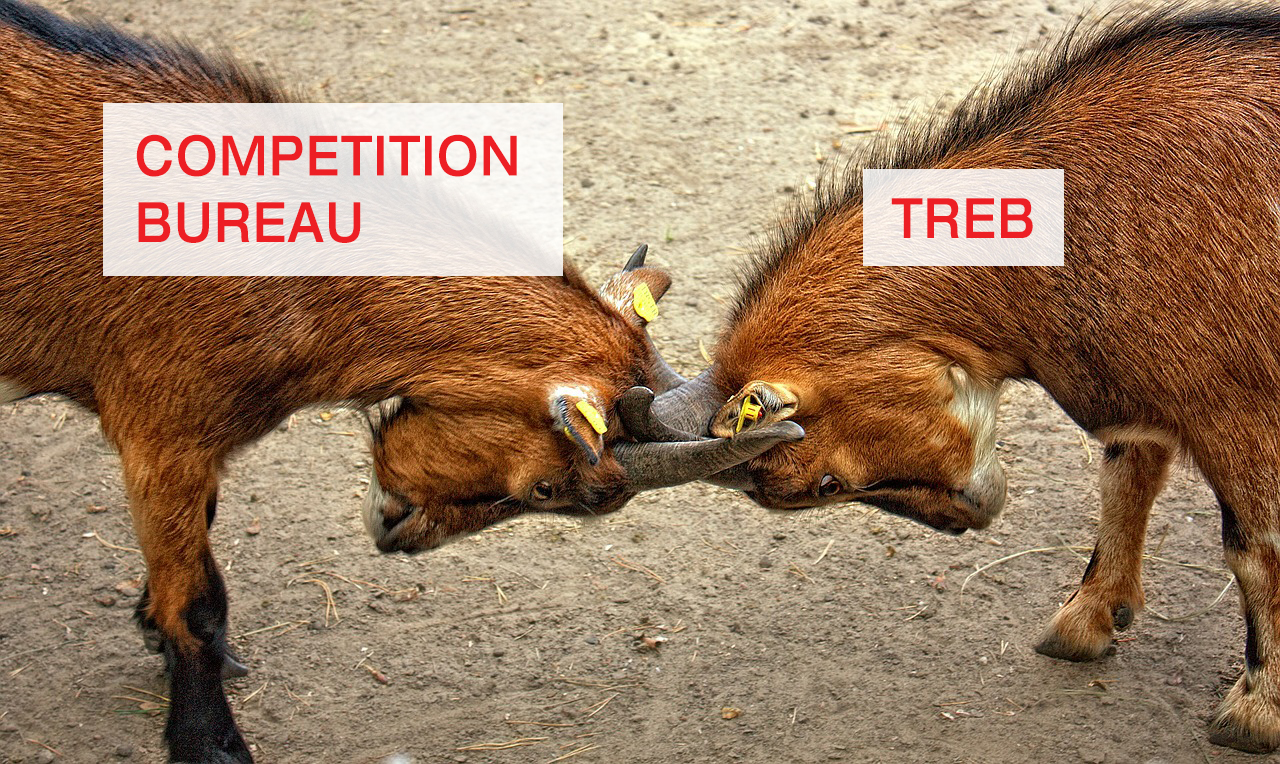 Last week, Canada’s Competition Bureau came out with a ruling against the Toronto Real Estate Board; TREB. It meant that TREB is supposed to allow its members to release sold data and other information about listings online. TREB is unhappy with this ruling and wants the right to appeal this decision yet again.

While I understand that TREB is trying to protect the privacy of individuals by not releasing the sold data, I feel that part of their hesitation in releasing in the information is fear based. It’s the fear that consumers won’t use real estate agents anymore if they have access to the sold data.

Firstly, I don’t believe that to be true. Real estate agents provide significantly more value than just sold data. When you need your car fixed, you go to a mechanic, you don’t pull out a book or google and try to do it yourself. When you want to ensure that your mouth is healthy, you go to a dentist, you don’t google and assume that you can do it on your own.

The challenge with real estate is that many people think they can do it if they just had access to that information. When in reality, a good agent will allow a consumer to maximize their dollars by buying and selling well. For most people, a home is the largest asset they own so it makes sense to have a professional work with you. No one would think of doing dental work themselves.

Here in Canada, agents have access to the sold price before the transaction has closed. Not all deals go through so it’s not necessarily a good idea to share the sold information before a house has closed.

It would make sense to release the sold data after a transaction has closed to the public. TREB keeps saying that it’s fighting for the privacy rights of the public, however, I don’t hear the public complaining about this data being released.

I feel as though that this is TREB’s Kodak moment, where they have an opportunity to move into the future but want to stay stuck in the past. As we know, that kind of thinking didn’t work so well for Kodak.

The sold data, after the transaction has been closed, should be released to the public so we can all move on and not continue making these lawyers rich through arguing this case.