Can we say guilty pleasure? Yes I know I look at houses all day but I love watching Million Dollar Listing New York, Los Angeles and Miami. I find all of the characters extremely entertaining. And who doesn’t love to look at all of those million dollar properties with their incredible views and pools. I chuckle at how their deals are done and sped up for the sake of the viewers. I can’t even imagine presenting my clients with a verbal offer on their home. If it’s not on paper it hasn’t happened. I also think there is something that happens to a buyer and seller when they see the numbers of an offer on paper. It makes it more real and it forces them to truly think about the number in front of them. I’ve seen people say conceptually they wouldn’t pay or accept a certain amount but when they are staring at the numbers in black and white, it’s a different story.

I also love the lavish broker’s open houses these characters throw. Their party budgets seems to be in the thousands of dollars. Really! Now really? Most agent open houses aren’t quite so lavish. The agents that go above and beyond in this city tend to have samosas, a cheese or veggie tray and water and maybe Prosecco if you really want to do something special. But there are no Burning Man costume parties and models walking around for an open house. Even for the opening of pre-construction condos, parties are not that lavish. As an aside, I recently attended a pre-construction condo opening where they served pizza out of a box and water. That’s certainly no way to treat a potential buyer. 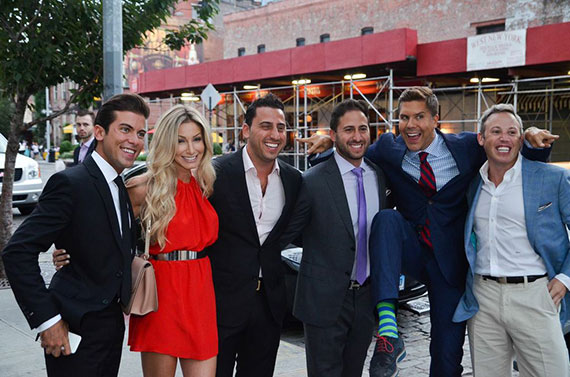 I would also like to see them include more woman as agents in all of these shows. And a little more diversity couldn’t hurt either. The casts tend be predominantly Caucasian men. It would be nice if they mixed things up a little and cast a woman. Although, we see Josh Altman’s fiancé, Heather, in action the odd time, it would be nice if they gave her the same exposure as the men so that we could see more women in the show. The odd thing is, I think there are actually more women than men as real estate agents in general so it should be reflected in the shows.
All that being said, I do love watching all of the Million Dollar Listing franchises. I love the houses, the cars, the great clothes and the ridiculously over the top lifestyles that we get to be exposed to.