I started to study the value of 1 & 2 bedroom condos along the subway line. After I completed my initial research, my next question was how much have the values changed between 2017 and 2016 at each subway station. My analysis was even surprising to me. It does matter which subway station is the closest to your condo in determining how much your condo will increase year over year.

I pulled the numbers from the Toronto Real Estate Board statistics based on condos that were within a 0.3km radius or 394 steps from a subway station. Some stations don’t have any condos built within the 0.3 km distance and some had few sales reported during the period of Jan. 1 to July 24th making some of the sample sizes rather small (ie. less than 4 condos). 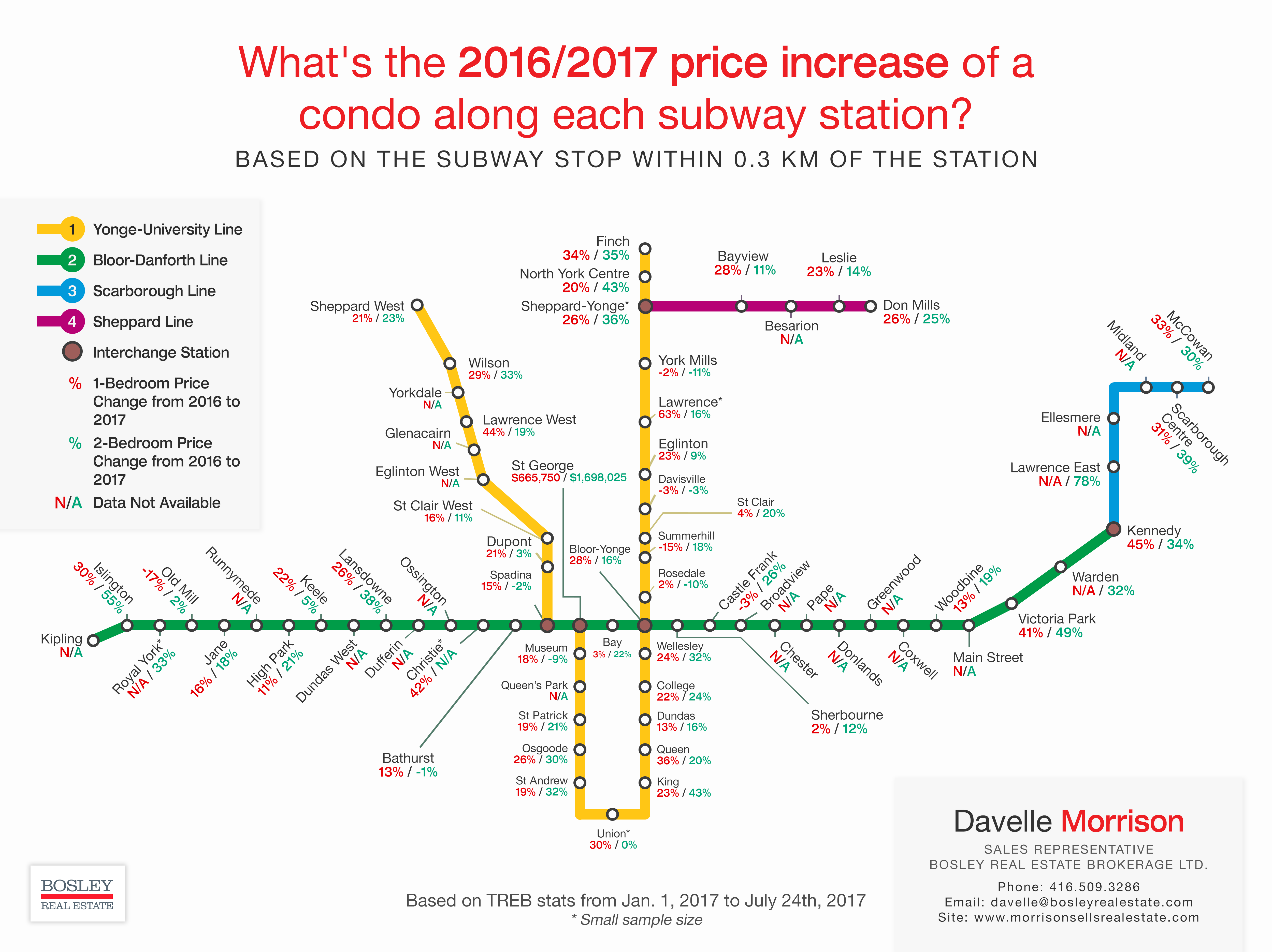 Line 2 For One Bedroom Condos

So the next time you decide to make a condo purchase in Toronto, you can make a better investment decision based on which subway station is closest to the condo you wish to buy.

I’d love to hear from you at davelle@bosleyrealestate.com or call or text me at 416.509.3286. Visit my site to stay updated with new trends in Toronto’s real estate market.