In my third installment of research along the TTC subway map, I decided to investigate the average price of semi-detached houses in Toronto. Also, the increase or decrease in home prices from 2016 to now. 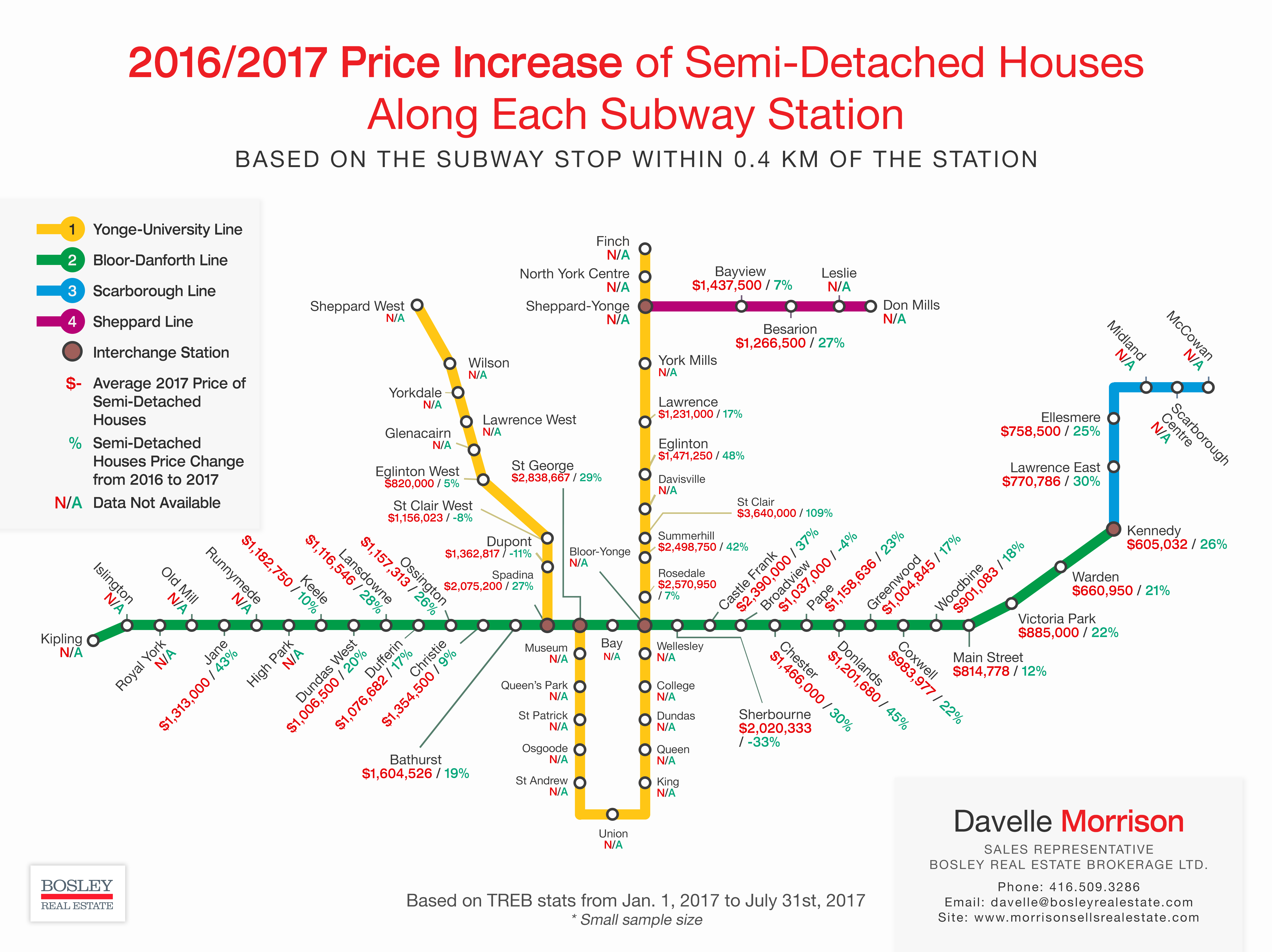 The stations with the largest price jumps for semi-detached houses were St Clair, Eglinton, Summerhill, Spadina and Lawrence. The stations that experienced the largest decreases in price were Wellesley, St Patrick, College and Dupont. People definitely like their houses midtown and their condos downtown. This would explain the decline of housing prices in the downtown core, where mostly condos are located.

Semi-Detached Houses on the Bloor-Danforth Line

Along the Bloor-Danforth line, the stations with very few semi-detached houses occur at the eastern and western ends of the line. This includes McCowan, Scarborough, Midland, Islington, Royal York, High Park, and Runnymede, which have relatively few semi-detached houses. The stations which have experienced the largest increases in price of semi-detached houses include Donlands, Jane, Castle Frank, Lawrence East, Chester, and St George. Quite literally all over the map, in the east and west ends of Toronto. Whereas, the stations that have seen the least amount of growth in prices are Sherbourne, Broadview, Christie, Keele and Main Street.

In the years to come, these numbers may change as I see the house prices near Main Street subway growing significantly. It not only has a subway station, but a Go station and developing condos nearby. As prices climb in the city, Main Street will be one of the last areas for first-time home-buyers to get into the market.

One thing is for sure; having a house on the subway line in Toronto is key. As the traffic becomes worse, having easy access to the subway may truly be the better way to go.

Stay tuned for my next blog on detached houses.