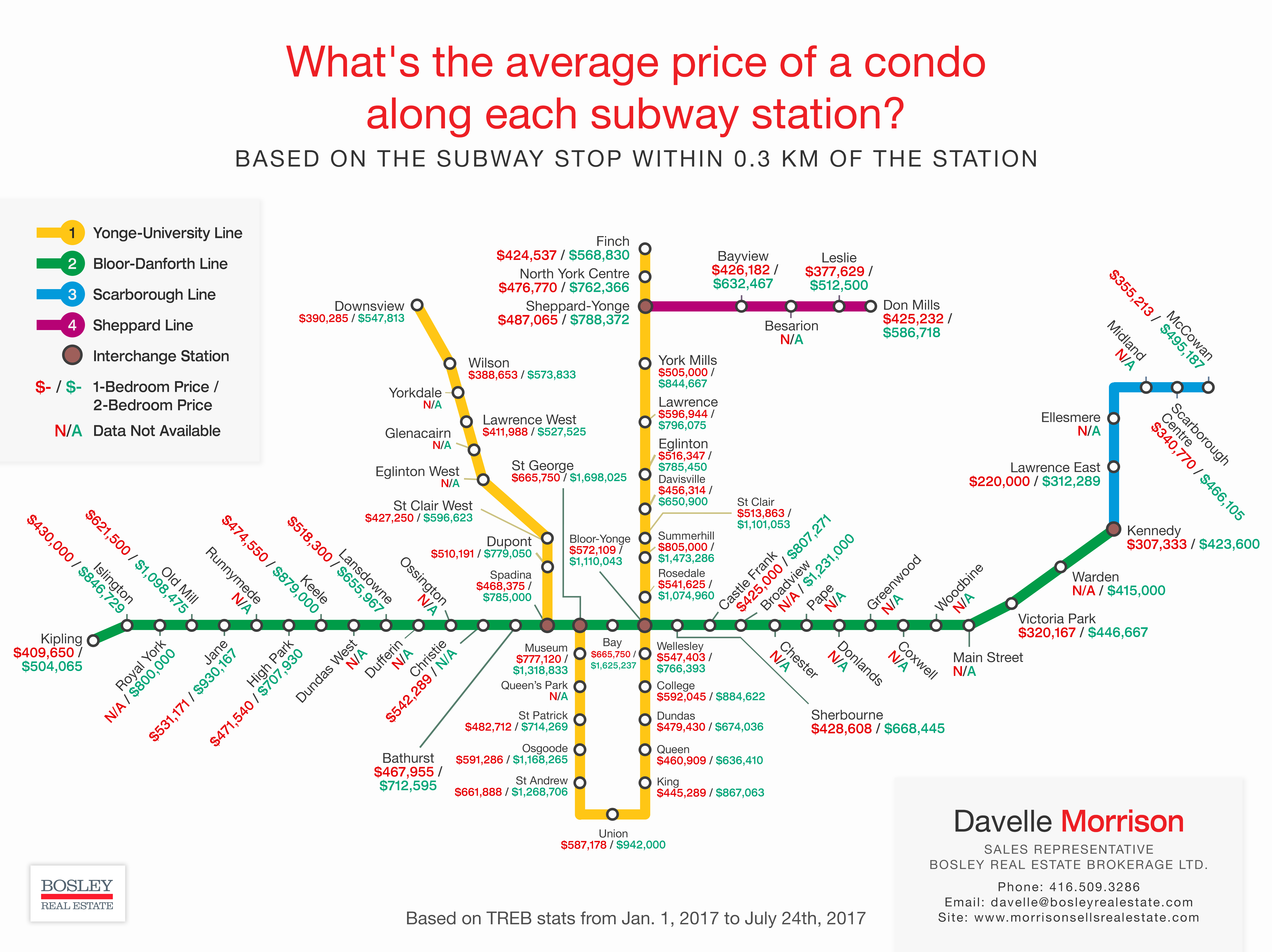 So how much would your condo purchase cost if you’d like to be within walking distance of a TTC subway station?

I wondered the same thing myself and decided to create a map search with the Toronto Real Estate Board statistics. So, I plotted out a 0.3 km radius or 394 steps from each subway station on the TTC map. This determined the prices of one and two bedroom condos along the subway line.

Here’s what I learned

I wish I could have added 3 bedroom condos to this study. However, there just weren’t enough of them to assess any kind of trend. In addition, some stations didn’t have any condos around them or there weren’t enough sales to draw any conclusions. So now when you are looking to purchase a condo in Toronto, you can pull out your subway map to determine how much you’d like to spend on your new home.