Last year, I analyzed the value of 2-bedroom condos along each subway line so that you could see what trends emerged at each station when it came to price.

I pulled the data from the Toronto Real Estate Board statistics based on condos that were within a 0.3km radius (394 steps) from a subway station. Some stations didn’t have any condos built within the 0.3 km distance while some stations had less than 2 condo sales reported during the period of Jan. 1 to July 24th, making some of the sample sizes rather small. 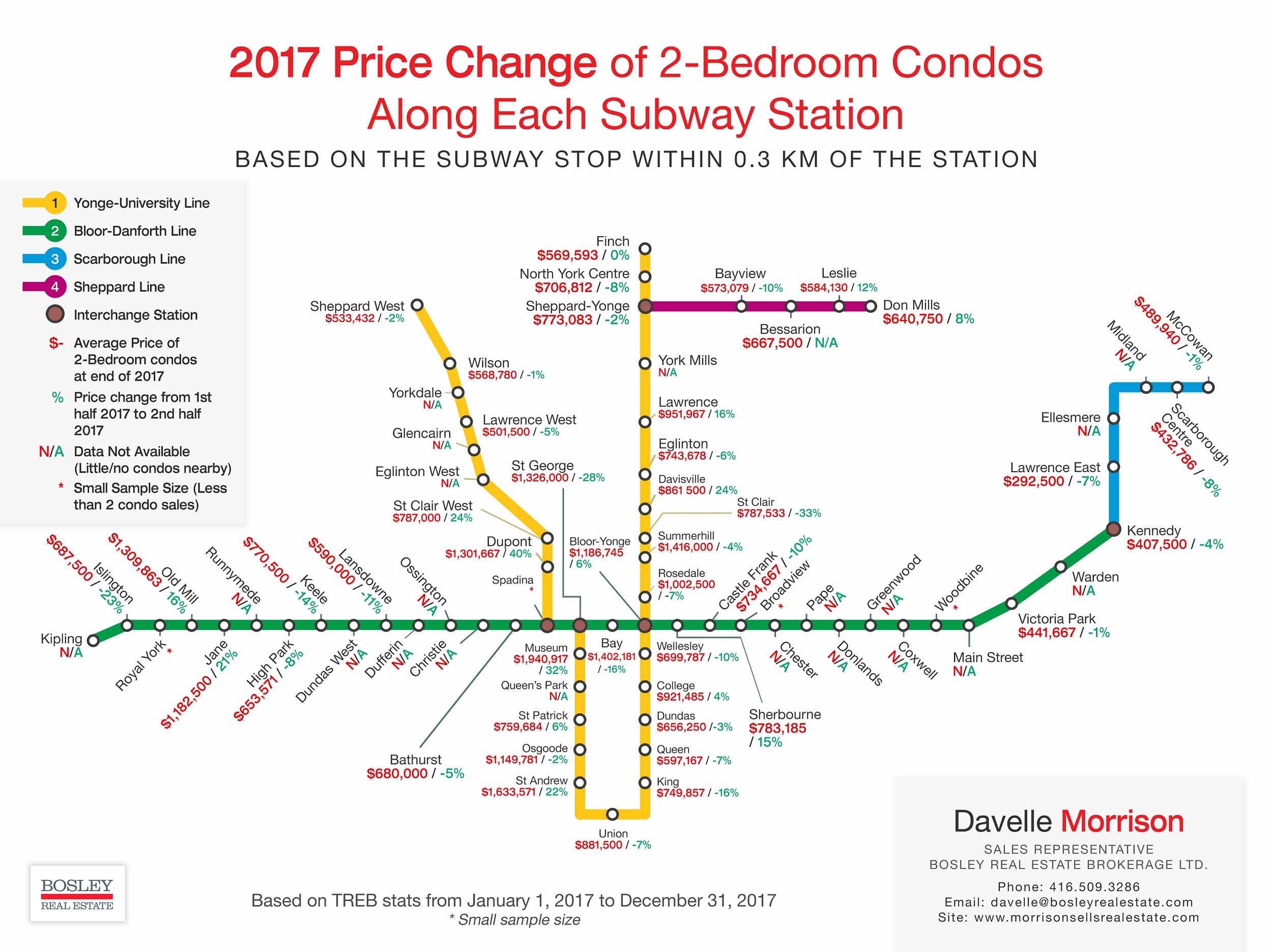 Most condos did decrease from the first half to the back half of the year, so the interesting story is that the subway stations where the condos not only maintained their value but increased in value as well.

Line 1 certainly outpaced Line 2 when it came to the number of stations that increased in value over those that decreased in value. So clearly, the “smart money” would rather invest in a condo on the Yonge Line rather than the Bloor Line.

Next week, I’ll take a look at how 1 bedroom condos fared.